The UK division of Sazka Group – Allwyn – has appointed Dr Mark Griffiths, a psychologist and behavioural addiction specialist, to an advisory board for its takeover offer for the fourth operating licence of the National Lottery.

Dr Griffiths will have advisory functions on player protection measures and is set to establish a close relationship not only with Allwyn bid chair Sir Keith Mills but also with other researchers who specialise in studying problem gambling.

The company will count on his 34-year experience, during which Dr Griffiths has served as the director of Nottingham Trent University’s International Gaming Unit. Also, this is not the first time he will have advisory functions. So far, the newly-appointed expert has advised governments on mental health and problem gambling.

Mr Mills, the bid chair, has shared that player protection is an extremely important part of the lottery operations of their parent company in Europe, where Sazka Group already has experience in the development and provision of tailored gambling solutions for vulnerable social groups.

In April, Sazka Group revealed that it was to unite its UK operations under the new corporate identity called “Allwyn” as part of its efforts to win the operating licence for the National Lottery. The gambling operator initially set out its intentions to compete for the UK National Lottery licence in October 2020. Currently, it faces the rivalry of Italy’s lottery operator Sisal and India’s Sugar & Damani, as well as Richard Desmond’s Northern & Shell. So far, Camelot Group has not announced whether it is making a bid for the tender, although it completed the Selection Questionnaire of the UK Gambling Commission (UKGC). 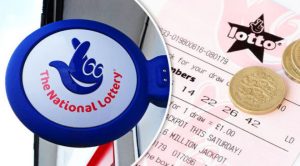 At the time when the then-CEO of the UK gambling regulatory body, Neil McArthur, took the first step towards awarding the next licence for the National Lottery, he revealed that bidders would be required to handle the application in a very different way from the time when the lottery started operation in 1994. Mr McArthur noted that much has changed since then, so the National Lottery needs to become more fit for the development in the gambling sector, especially with the increased use of smartphones and mobile devices.

It still remains unknown whether the country’s gambling regulator would prefer to change the operator when the new licence of the National Lottery takes effect in August 2023 for a 5-year period.

Now, the bidding process has reached its second phase, in which the UKGC provides feedback on proposals and allows the competitors to make revisions in their licence applications. Although there have been rumours that the current licence holder has a big advantage, the gambling regulator has been clear that all parties’ bids are getting equal treatment in the evaluation and consideration process.